https://www.linkedin.com/in/jasonbible/ (Jason Bible), aka http://texasrealestateradionetwork.com/ (Mr. Texas Real Estate), is a full-time real estate investor who is thriving after a long journey in the field working with buyers and sellers of real estate. He is the co-host of the live call-in Right Path Real Estate radio show on Houston Business 1110AM KTEK, Monday to Friday at 9am. On top of that, he is the managing partner and chief operating officer at https://www.houstonhousebuyers.com/ (HoustonHouseBuyers.com). His knowledge encompasses landlord investing, wholesaling, flipping, lending, banking, money and finance. In July 2013, Jason started a company that specializes in buying distressed houses directly from home owners. He has bought, sold, renovated, and leased hundreds of properties, raised capital, and borrowed nearly US$10 million in bank and private capital. Further, Jason has been an invited presenter at multiple local and national business and real estate events. He completed his undergraduate degree in environmental science from Sam Houston State University then worked for the University of Texas Health Science Center at Houston (https://www.uth.edu/ (UT-Health)), during which he completed an MBA in finance and an MS in Security Management. After that, he started as an environmental waste specialist and prior to leaving UT-Health to start his first company, was the risk manager. He lives in Houston Texas with his two sons, Cameron and Carson, and my wife Sarah, he is an avid home brewer and craft-beer enthusiast.   “I will never forget sitting in a meeting, probably two months before, (discussing) should we get flood insurance on (a property in Memorial, Houston) or should we not. And the house … (had) just a little piece of the backyard that was in the 500-year flood plain, so we thought probably don’t need flood insurance on it. Well, this was 1,000-year flood event (Hurricane Harvey).” Jason Bible   Support our sponsor   Today’s episode is sponsored by the https://womenbuildingwealth.net/ (Women Building Wealth) membership group, the complete proven step-by-step course to guide women from novice to competent investor. To learn more, visit: WomenBuildingWealth.net.   Worst investment ever House refurbished for flipping valued at US$1m Jason’s worst as far as amount of money lost was on a property in Memorial, Houston, one of the last houses that he and his team ever invested in during their flipping operations. It was 3,000-square-foot beautiful 60-year-old house and it needed complete refurbishing, which they had just finished doing. Hurricane Harvey drenches city for four days Of around three houses in flood-prone areas, only with this one had they decided against insuring for flooding. Alas, after 40 about inches of rain per 24 hours of a storm that returned to the mainland a second time and hovered over Houston for about four days, and the ensuing unprecedented flooding across almost the entire city, their $1-million mansion was rehabilitated property was devastated. Signing away $250k was heartbreaking So he and his team were discussing over and over in their sales meeting when exactly they would sell the house. And on about $1 million dollar house, they lost about $250,000. He said writing a $250,000 check to get out of a deal was absolutely heartbreaking. But the real pain comes in thinking that in six or seven years, that house will again be valued at up to $1.3 million.   Some lessons Traits essential for investing in real estate If you’re risk averse, don’t do it. Real estate is not for people who can’t handle the risk. If you look at how the SEC qualifies real estate, it’s called “a considerably risky venture”. Don’t apply the emotion of home ownership to your investment portfolio Jason points out to budding property investors that those areas are two totally different things. You’ve got to take action At some point, you have all the necessary information, so just

myworstinvestmentever
761-How to End a Year and Plan a Better One, Part 3: Plan

radicalpersonalfinance
Feel Like You Can’t Afford a Home? Here’s What You Can Do | SoFi

moneytalksnews
Is An Income-Driven Repayment Plan A Good Idea For You?

myworstinvestmentever
504 MG Should You Use a 529 Plan to Pay for College? 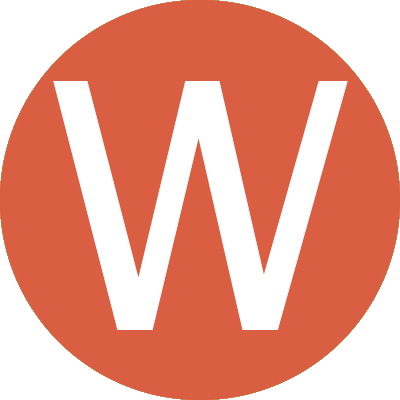